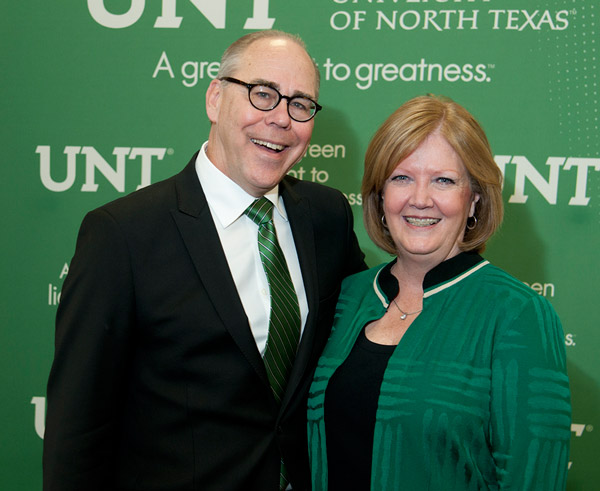 16th president of the University of North Texas, one of the nation's largest universities

President Neal J. Smatresk (pronounced SMAH tresk) joined UNT in 2014 with a vision for leading the University of North Texas to national prominence as the largest, most comprehensive university dedicated to meeting the needs of the dynamic North Texas region.

Under his leadership, UNT has been named a Tier One research university by the Carnegie Classification, identified as a top 10 U.S. public university on the rise, grown in enrollment to serve more than 42,000 students and earned designation as both a Minority-Serving and Hispanic-Serving Institution. Thanks to strategic student success investments, UNT has increased student retention, graduation rate, and its role as a social mobility elevator for students. Today, 88 of UNT’s 244 academic programs are ranked among the nation’s Top 100, including 20 of which are recognized by U.S. News & World Report. Following athletic investments and facility expansions, Mean Green student-athletes and teams are thriving, as evidenced by the men’s basketball team’s 2021 NCAA Tournament win.

President Smatresk has led the charge in creating new public-private partnerships with businesses like American Airlines, Liberty Mutual, Google and JP Morgan Chase. In response to the rapidly changing career marketplace, President Smatresk ensured the addition of 21st century degree plans in fast-growing fields such as business analytics, data science, and urban policy and planning, as well as a partnership with the Dallas Cowboys for an M.B.A. in sport entertainment management. UNT also unveiled the nation’s first bachelor’s degree from a U.S. university on Coursera, the world’s leading online learning platform.

In addition, President Smatresk has worked to expand the university’s services in Collin County by opening a location in Frisco, the second-fastest growing city in the nation. In partnership with the City of Frisco and its Frisco Economic and Community Development Corporations, UNT is building a branch campus scheduled to open in Spring 2023 and offer higher education and research opportunities to students in one of the fastest-growing regions of the country.

Before joining UNT, President Smatresk led the University of Nevada, Las Vegas, as president for five years and provost for two years. Under his direction, UNLV:

Prior to UNLV, President Smatresk was vice chancellor for academic affairs and deputy to the chancellor at the University of Hawaii at Manoa from 2004 to 2007. During his tenure, Manoa:

President Smatresk started his academic career at the University of Texas at Arlington and spent 22 years there, serving as:

A biologist and researcher by training, President Smatresk has devoted much of his career to supporting K-20 science outreach programs and STEM development.

As a biologist, he concentrated his research on gaining a better understanding of how the respiratory neurobiology of vertebrates changed in the evolutionary transition from water to air breathing. His research has garnered substantial grant support and has resulted in more than 50 papers and book chapters, and grants from the National Science Foundation and National Institutes of Health. President Smatresk also has received a number of teaching awards. His undergraduate alma mater, Gettysburg College, awarded him a Distinguished Alumni of the Year Award in 2011.

President Smatresk and his wife, Debbie, have been married since 1978.

Established in 1890, UNT is one of the nation’s largest public research universities with more than 42,000 students. Ranked a Tier One research university by the Carnegie Classification, UNT is a catalyst for creativity, fueling progress, innovation and entrepreneurship for the North Texas region and the state. As the university has grown, so has its reach and impact. UNT students earned more than 10,000 degrees last year from its 14 colleges and schools and the university offers 113 bachelor’s, 94 master’s and 37 doctoral degree programs, many nationally and internationally recognized. UNT’s world-class faculty are making breakthroughs every day, and its students and alumni are changing the world around them.