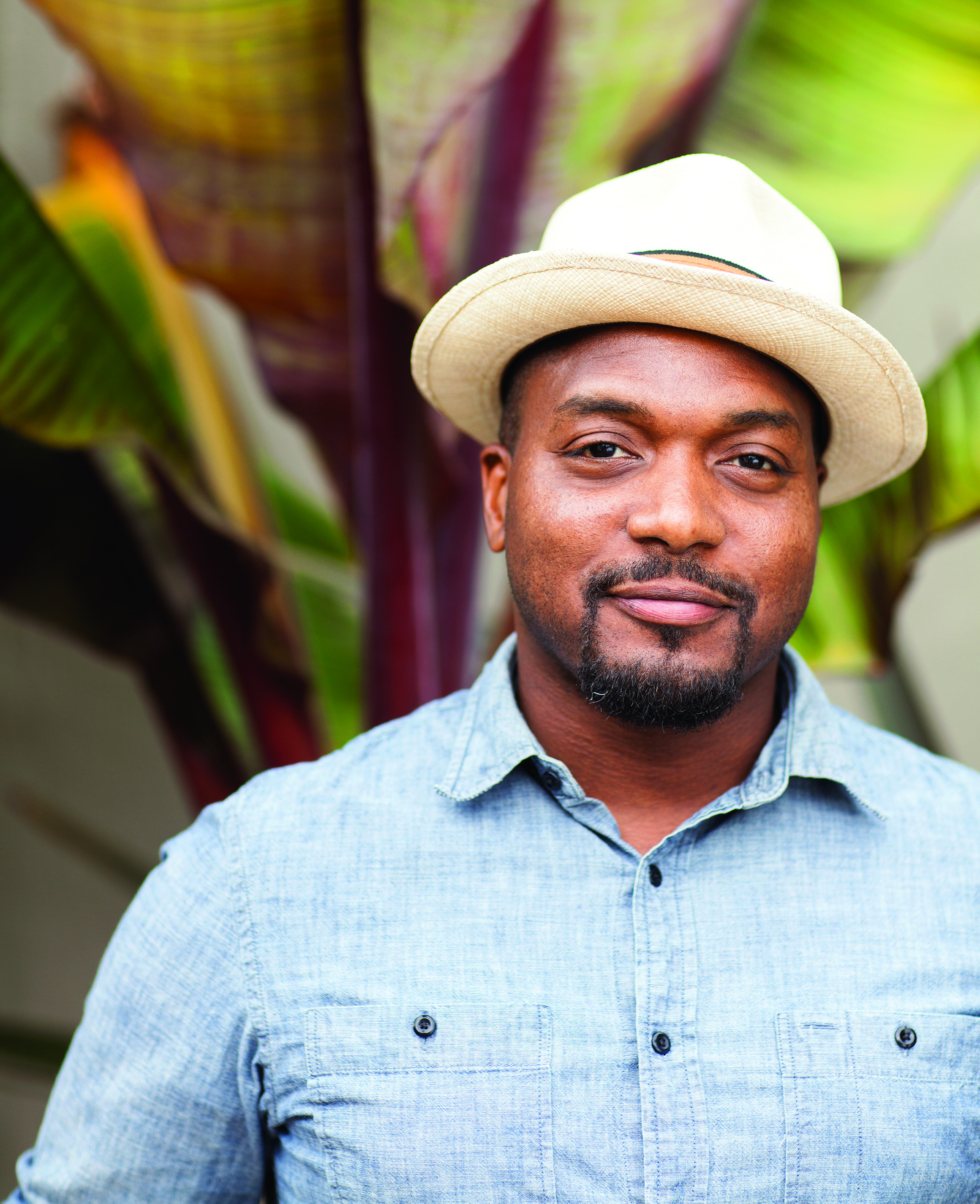 Unable to attend? Click here to watch the livestream

Chef, food justice activist and critically-acclaimed author Bryant Terry has spent the past 15 years working to build a more just and sustainable food system. Using cooking as a tool to illuminate the intersections between poverty, structural racism and food insecurity, he imparts the wisdom of a food movement with an inspiring vision of the future.

Bryant is the author of the critically acclaimed Vegan Soul Kitchen (VSK): Fresh, Healthy, and Creative African-American Cuisine, which was named one of the best vegetarian/vegan cookbooks of the last 25 years by Cooking Light Magazine. He also is the author of The Inspired Vegan and the co-author of Grub (with Anna Lappe), which The New York Times called “ingenious.” His newest book is Afro-Vegan: Farm-Fresh African, Caribbean, and Southern Flavors Remixed, which was named one of the best cookbooks of the year by Amazon.

Bryant is the host of Urban Organic, a multi-episode web series that he co-created, and was a co-host of the public television series The Endless Feast. He also served as an expert in the Sundance Channel’s original series Big Ideas for a Small Planet. He is a featured expert in the documentary Soul Food Junkies and the PBS educational film Nourish. He has made dozens of national television and radio appearances, including as a guest on The Martha Stewart Show, Emeril Green, All Things Considered, Morning Edition, The Splendid Table and The Tavis Smiley Show.

Bryant is the founder of b-healthy (Build Healthy Eating and Lifestyles to Help Youth), a multi-year initiative in New York City designed to empower youth to take a lead role in fighting for a more sustainable food system. Currently, he is the Chef in Residence of the Museum of African Diaspora in San Francisco.

In 2012, Bryant was chosen by the U.S. State Department as one of 80 American chefs to be a part of its new American Chef Corps. That same year, TheRoot.com included him on its list of “100 most influential African Americans,” TheGrio.com included him on its list of “100 African Americans making history today,” and the San Francisco Bay Guardian named him “Best Cookbook Cheftivist” in the Bay Area. In 2011, he was included in Ebony Magazine’s “Power 100 list,” and in 2009, The New York Times magazine featured him among a handful of “food fighters.” He was selected as one of the “Hot 20 Under 40” in the San Francisco Bay Area magazine 7x7 in 2008. From 2008-10, Bryant was a fellow of the Food and Society Fellows Program, a national program of the W.K. Kellogg Foundation, and in 2007, he received the inaugural Natural Gourmet Institute Award for Excellence in Health-Supportive Education along with author and educator Marion Nestle.

Bryant won the 2015 James Beard Leadership Award for his work in creating a more accessible, equitable and ethical food system in America. His work has been featured in The New York Times, Food and Wine, Gourmet, Sunset, O: The Oprah Magazine, Essence, Yoga Journal and Vegetarian Times, among many other publications.